https://www.youtube.com/watch?v=zwtcf0SwHJ4
You are using an out of date browser. It may not display this or other websites correctly.
You should upgrade or use an alternative browser.
No comments have been found at this time 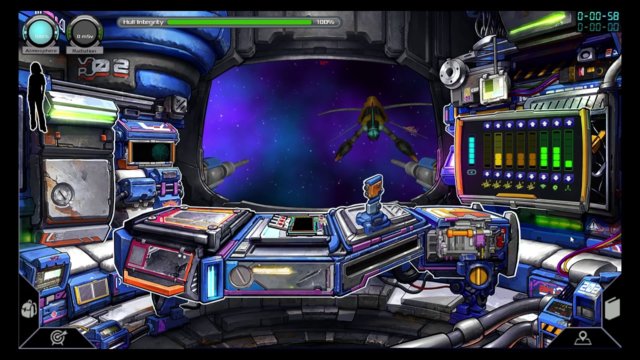 Jun 9, 2017 at 7:14 AM
Posted by Anthony Smith
Deep Sixed is a space survival game where players are given a defective spaceship and a large nebula to map with plenty of mysteries to reveal. As you explore, things will go wrong on your expeditions and you will be expected to make command decisions. You can conduct a distracting and extensive repair, or implement a temporary make-do solution so you can focus on what’s happening outside. You can attack nebula creatures head-on, or study their habits and hope to avoid their attention. Perfect journeys are impossible, and players will find themselves building upon and applying a core set of basic engineering skills to address competing priorities.
The gameplay loop of Deep Sixed is best described as a unique hybrid of Vlaada Chvátil’s board game Space Alert, meets the party-game Keep Talking And Nobody Explodes. Players are thrust in the role of The Pilot, choose a destination and mission, and forced to deal with an extremely wide variety of situations with a calm head, before deciding when the risks outweigh the rewards and returning home.

This game comes without an undo button. There will be no savescumming. Your ship stays with you from start to finish, and if something breaks, it'll stay broken until you figure out how to fix it. In this game, everything matters: using duct tape to seal a pipe in your first mission can come back to haunt you in your last.

As a court-mandated involuntary employee of a ruthless megacorporation, you will be sent into the breach time and time again in the hopes of earning your freedom. Your ship will also contain an artificial intelligence unit with its own objectives that promise to surprise and entertain.

The Deep Sixed story is told through cutscenes that occur between missions, through e-mails sent and received in the game’s space-station hub, and in-situ as the Pilot discovers something interesting in the nebula. These narrative vignettes weave a thoughtful and compelling tale of friendship and compassion under unexpected circumstances inspired by classic works of science fiction.
Keywords
Gaming Trailers
0     0     1,334